by Molina Gosch, September 2014
While I was doing my internship at the European Parliament in Brussels in 2012, I received an invitation of the Federation of Young European Greens (FYEG). It said that in London would be an ‘Alternative Conference for the Rio Summit’ in June. Thanks to the Young Greens in Münster/Germany who covered my travel expenses from Brussels to London, I could take the night bus from Brussels to London to participate at that conference.
After a long, rather sleepless night, I arrived in London at 5 o’clock on a Saturday morning and had time for an early sight-seeing tour before I arrived at the University of London where the conference took place. In one of the workshops that was offered from the Campaign against Climate Change who organized the conference, I got to know the most interesting and fascinating demand for change in values that I´ve ever heard of! It was in the workshop called “Law: New Frameworks and Concepts for a New Era of Environmental Progress and Justice” that I heard the term EARTH RIGHTS for the first time in my life. Such a great moment :). 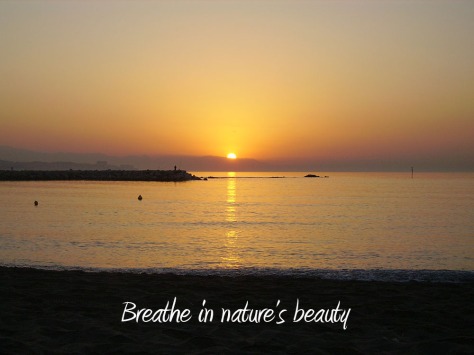 Polly Higgens, an international environmental lawyer, is the initiator of Earth Rights. On that Sunday in the middle of June she told the audience in the crowed room about the absolutely necessary need to change our legal system to protect the environment on the international and legal level.
She said that our law protects what we value most. We value freedom of speech, so our law protects freedom of speech. We value human rights, so we changed our laws to protect these rigths. But on the international level there is no law that protects the Earth. Therefor, we need a Charter of Environmental Rights which grants the earth the right to life and the right to exist. Now environmental rights are left to property owners. This opens the door for logging companies to cut down the lungs of the world, the remaining rainforests. What we are doing to our planet right now, is a crime against earth (ecocide) as Polly said.
Ecocide per definition is the extensive damage to, destruction of or loss of ecosystem(s) of a given territory, whether by human agency or by other causes, to such an extent that peaceful enjoyment by the inhabitations of that territory has been severely diminished (Polly Higgins/2011). Thus, ecocide should be added as the 5th crime against peace. The other four crimes against peace are crimes against humanity, war crimes, genocide and crimes of aggression. As soon as an ecosystem is destroyed, the peace of the people living within this area is threatened. This is why companies and states need to have a legal duty to be responsible for their actions and to protect life (from pollution or deforestation for example). Human-made ecocide for example is mining, fossil fuel extraction, fracking, deforestation, the BP Gulf oil spill.

Earth rights would give our planet the legal right to exist. This would be a great shift in values! At the moment the earth is regarded as an infinite resource, a commodity, on which you can put a price tag to sell it. But instead earth is a living body which has to be legally protected to give her enough space to exist and life!
Some countries with native knowledge in its population already introduce such a law. Bolivia for example introduced the draft Law of Mother Earth which aims to establish new rights for nature. Ecuador is the most advanced country in recognizing Earth laws. In 2010 Ecuador stated that “nature has no price”. The environmental minister of Ecuador, Bolivia, Cuba, Nicaragua and Venezuela are working on the constitution for the new Ministerial Committee on the Defense of Nature.
It is our duty to adopt our legal system to these circumstances. We have to stop industry from destroying our livelihood. Earth can not be a commodity any longer!
When I was listing to Polly’s presentation, it felt like a life-changing moment to me :). It was the most interesting workshop I have ever participated! Earth rights hit right into the source of climate change. They are the cure to this “illness” which shows itself with many different symptoms like pollution, temperature increase, sea level rise, overfishing, deforestation and extreme weather events.
Introducing human rights into the legal systems was not easy, but necessary. To abandon slavery was not easy, but necessary as Polly argues. Earth rights won’t be easy, but are absolutely necessary!
In 2003 I had to possibility to travel into the Ecuadorian rainforest.

These days belong to the happiest days I experienced. It was so amazing to be deeps in the rainforest and enjoy the purity of its nature. It made me very happy. It was felt like being in a living body. So, I know earth rights are an absolutely indisputable law we need to introduce to give mother earth the legal protection it deserves!
As the Rio Declaration on Environment and Development from 1992 states (principle 21):  “The creativity, ideals and courage of the youth of the world should be mobilized to forge a global partnership in order to achieve sustainable development and ensure a better future for all.”